This picture dates from 2013, when KCOW received a $250,000 building re-design and studio upgrade.  For decades, KCOW’s studios were all in the front of our building on West 10th St.  Eagle Communications engineers and then-General Manager Terri Friesen decided to build new studios in the back of the building, then relocate office space to the front.  For nearly a year our offices looked like Grand Central Station…after an explosion.  Boxes of cables littered the lobby, paint cans waited patiently for old studios to be cleared out, engineers strung cables in the basement to connect computers to the new studios.  Progress is messy!  But the day did come when the old studios were turned off and the new ones turned on.

When we welcomed visitors to tour our shiny new digs in the summer of 2013, we decided to show them the “before” as well as the “after.” 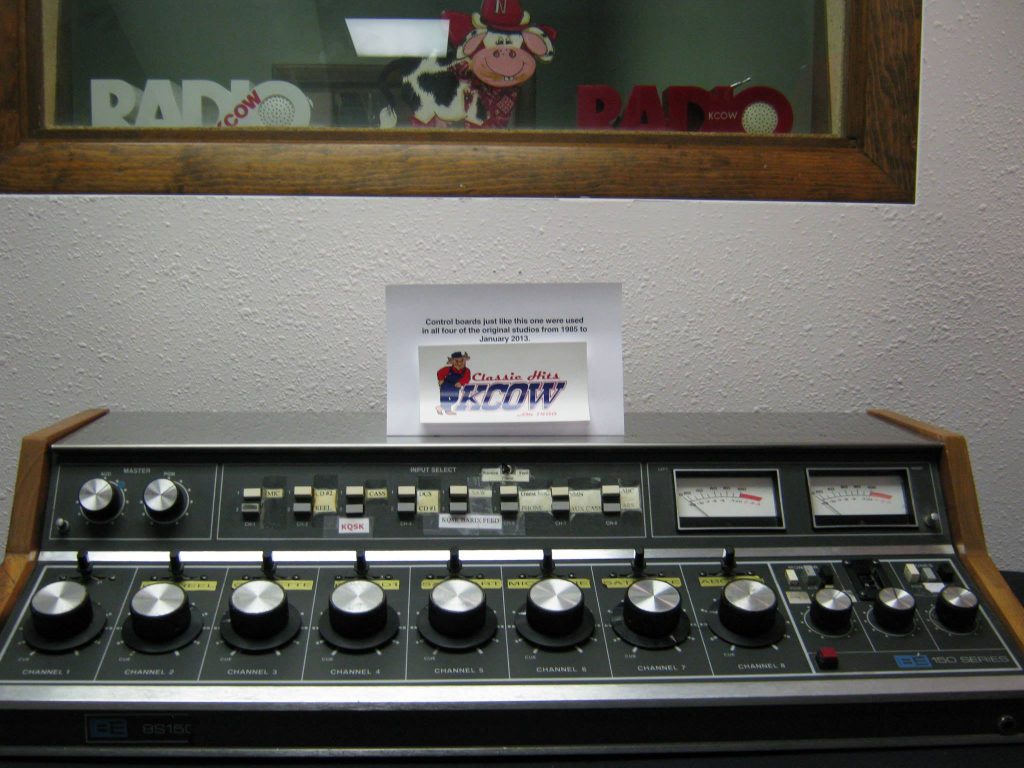 This control board served the KCOW control room for about 30 years.  Boards like it were in the other three studios.  They were all retired, and sent to a lovely control board ranch where they could live out their days frolicking in the sun.  (But seriously, they were either put in the basement or sent to the dump.)

Geeky radio fact: the round dials are called “potentiometers”, or “pots” for short.