Driving through West 10th street in Alliance used to be something of a gamble.  The busy train crossing on West 10th meant that your progress might be slightly delayed.  (Or…uh… more than slightly.)

A welcome relief, then, was the construction of the West 10th overpass.  For most Alliance citizens, the overpass was a convenient time saver.  KCOW General Manager Mike Garwood, however, viewed the overpass through different eyes.  Tests had to be made to ensure the overpass would not affect KCOW’s AM signal, which then as now originates from a tower behind the studios building.

Additionally, the overpass necessitated the creation of a new entryway to the KCOW Studios on nearby Buchfinck Avenue.

This brings us to today’s photo.  As concrete is poured, Mike Garwood (far right, under the KCOW sign) looks on. 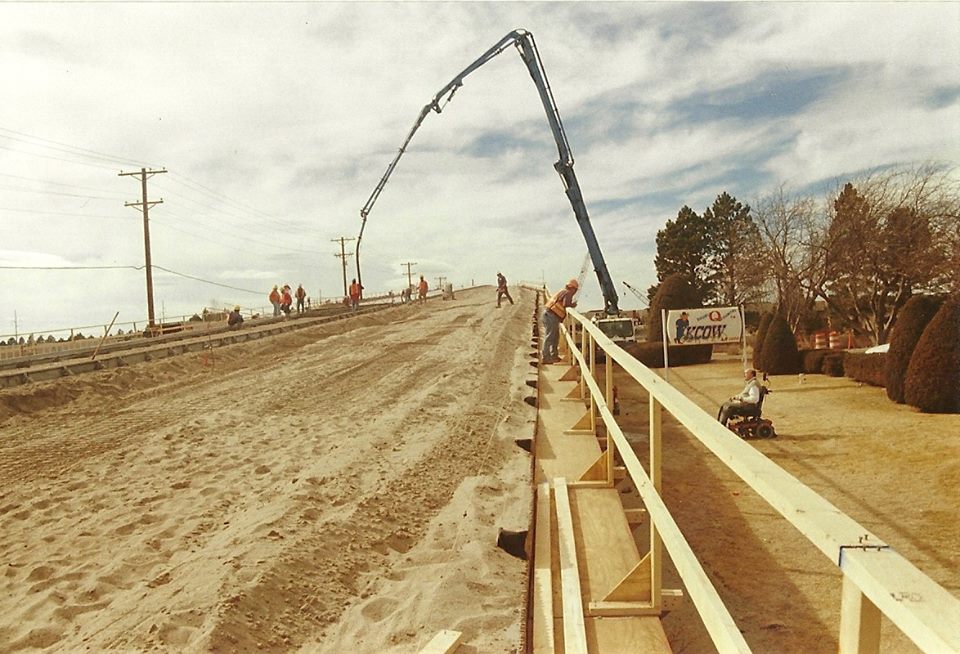 Years later, the overpass was named in honor of KCOW’s basement tenant as the Bob S. Bestos Semi-Memorial Overpass.  Regrettably, the city has yet to make this designation official with some sort of placard or road sign.