Behind all the staff pictures is a view through the window into a connecting studio.  This collage was displayed prominently in the original front-of-building Studio 14A for years, but is now packed away, a memento of a very specific time and place in KCOW’s 70-year history. 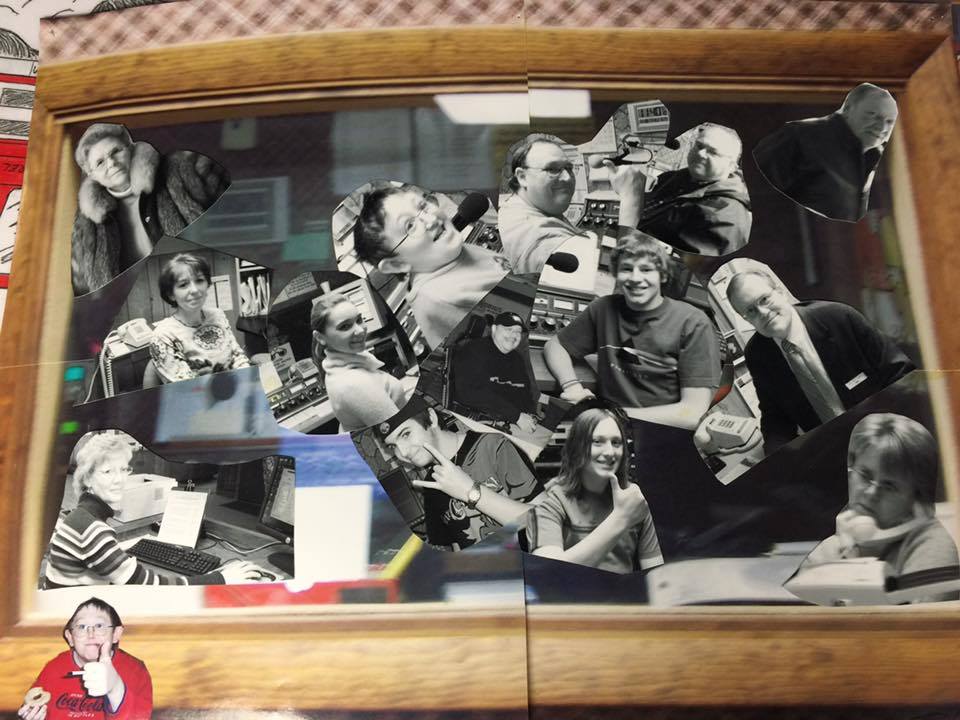