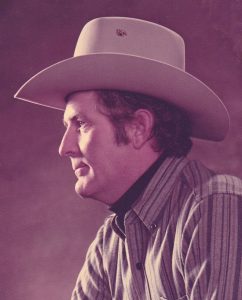 James “Jim” A. McGinley, 84, of Oshkosh passed away Monday afternoon, June 10, 2019 at the Regional West Garden County Hospital in Oshkosh.

A mass of Christian Burial will be held at 10:00 a.m. on Friday, June 14, 2019 at St. Elizabeth’s Catholic Church in Oshkosh with Father Michael McDonald officiating.  Burial will follow in the Lisco Memorial Cemetery.

A rosary service will be held at 7:00 p.m. Thursday evening at St. Gall’s Catholic Church in Lisco.

Visitation will be held one hour before mass Friday morning at St. Elizabeth’s Catholic Church.

In lieu of flowers, memorials can be made in Jim’s name to the local EMS or local organizations of donor’s choice.

Holechek-Bondegard Funeral Home and Cremations in Oshkosh is serving the McGinley family.

Family and friends can view the online obituary and leave condolences at www.bondegardfunerals.com.

James Arthur McGinley was born December 29, 1934 in Alliance, Nebraska to John Bernard McGinley and Gertrude Elizabeth (Meade) McGinley.  Jim was the seventh of eight children raised on the McGinley Ranch north of Lisco.  He attended St. Agnes Catholic School as a child and graduated Alliance High School.  He then attended CSU for a year.

His summers and school breaks were spent working on the family ranch north of Lisco.  As a young man, they put up hay with teams of horses, raised and tended to cattle and had a great deal of fun playing baseball, bowling and rodeo.

Jim enjoyed going to dances and it was at a Saddle Club Event when a young lady caught his eye.  He would frequent the Drug Store to purchase Days Work tobacco and woo Sandy Huwaldt.   He married the love of his life on September 5, 1956 in Alliance Nebraska.

They made their home on the McGinley Ranch and had five children, Timothy, Jennifer, Jill, Mathew and Melissa.  Jim was an active member of the St. Gall Catholic Church, he served as President of the 53J School District, was a member of the Lisco Volunteer Fire Department and the Oshkosh Hospital Board.

After the death of his father John in 1976, Jim and his brother Mike continued to work the ranch.  The ranch was sold in 2000 and Jim and Sandy moved to their current home south of Oshkosh.  Jim bought a truck and hauled cattle and feed until he retired at age 80.  After moving to Oshkosh, Jim enjoyed scooping walks for the elderly, driving for the ambulance, helping friends and neighbors brand and harvest or do whatever needed to be done.  Everyone knew when you needed help and called Jim, he would be there