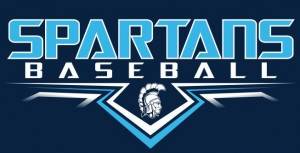 The Alliance First National Spartan Seniors defended their B7 Area title in exciting fashion Tuesday night with a walk off, 11 inning,  2-1 win over Ogallala at Legion Field in Ogallala.   JJ Garza started on the mound for the Spartans, giving up one run on 5 hits and struck out 8 in 6 innings. Chase King finished the game, pitching 5 innings  without allowing a run and struck out 4.   Alliance tied the game at 1-1 in the fifth and made several great plays on defense to keep the score knotted at 1-1.  Ogallala also had exceptional pitching,  giving up just 6 hits and struck out 10.

Alliance loaded the bases in the bottom of the 11th,  and with no outs, Kirk Sanders delivered the game winning hit to send Alliance back to State.   The Spartan Seniors improve to 39-7 on the season and will play in the Class B Senior State Tournament in Gering, beginning Saturday.   Gering will be the host team.  McCook has qualified in Area 6 and Wakefield in Area 5. The other 4 Area Champions will be decided on Wednesday.  The State pairings will be announced after all the Area Tournaments have been completed.