We have all had to deal with bullies throughout our lives, and I have had my share. One fall day, coming home from school, I saw two guys from my third-grade class beating up on a smaller kid and was moved to step in to help. I was chagrined but not surprised when the victim ran home, and I became the new target. The beating I took that day was minimal, however, the sense that I did the right thing by standing up against bullies has propped up my self-worth my whole lifetime. 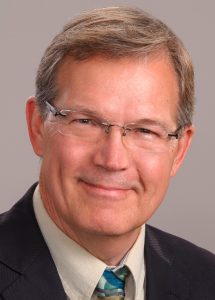 Bullies and abuse are everywhere. While in medical school, I was in an Atlanta emergency room when a woman came in with a broken nose and other broken bones and bruises that were explained away as the result of a fall, when we knew full well the injuries were inflicted by her spouse. Since coming to this prairie town 38 years ago, I have seen several cases of parents who physically and emotionally abused their children, and of adult children who physically and emotionally abused their parents. I remember numerous cases where women came into my office, explained their husbands were physically beating them, and despite my recommendations to escape and seek shelter, they stayed married to the scoundrels.

The American Psychiatric Association defines domestic violence and abuse as control by one person over another in any relationship. Control is the operative word. The means of this control can result from physical, sexual, emotional and economic abuse, including threats of isolation.

The number of American troops killed in Afghanistan and Iraq from 2001 through 2012 was greater than 6,000, and the number of American women murdered by male partners during that time was about 12,000. The Center for Disease Control estimates that in the U.S., one out of every four women and one out of every seven men will have experienced severe physical violence from a bully in their lifetimes.

The National Coalition for the Homeless estimates ten million children are exposed to domestic violence every year, and that people exposed to such hostility as children are three to four times more likely to become abusive or be abused than people raised in families without it.

Sometimes it’s right to stand up to a bully, and when there is danger, it’s right to escape and get help. And it’s always right to save your children from a lifetime of abuse by not allowing it in your family.

For free and easy access to the entire Prairie Doc® library, visit www.prairiedoc.org and follow  Prairie Doc® on Facebook, featuring On Call with the Prairie Doc® a medical Q&A show streamed  most Thursdays at 7 p.m. central.