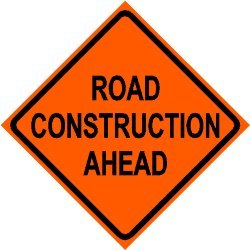 Interstates and state roads have been cleared for use. But traffic issues continue to plague damaged bridges and unending repairs still obstruct traffic outside major metropolitan areas, the Omaha World-Herald reported .

Heavy rain is to blame for the delay in repairs as that makes it difficult for machinery to access flood-damaged areas. County officials said they are struggling to find contractors, equipment, fill dirt, gravel and money.

“I haven’t even put a dent into fixing a lot of this stuff,” said Scott Huppert, highway superintendent for Dodge County. “It’s a lot of damage up there. It got spread all over Dodge County.”

It’s the same story across a vast swath of the state. Eighty-one of 93 counties have disaster declarations.

Heavy rain and snow melt crippled levees , causing the Missouri River and its tributaries to overflow in Iowa, Nebraska, Missouri and Kansas. Repairs to roads have been hindered by the extent of the damage and lingering floodwaters.

Three of the four bridges on a 48-mile (77-kilometer) stretch of the Niobrara River between Holt and Boyd Counties are closed, causing significant hardships for residents in the area and forcing traffic onto one road. That road now sees 700 cars a day at peak when it usually served an average of 70, according to Gary Connot, Holt County highway superintendent.

Continued heavy rain has only made the situation harder to overcome.

Officials have struggled to get heavy equipment in when roads are damaged. Richard Cook, Logan County superintendent, said heavy rain caused a gravel truck to get stuck on a road he thought was repaired.

“The rain isn’t giving us a chance to get one completely repaired before it washes them out again,” he said.

Total repair costs haven’t been finalized yet because damage is still being assessed. Federal aid is expected to cover 75% of costs while the state is responsible for 12.5%. Counties must come up with the rest, and contractors want to be paid now.

Huppert said he took out a $5 million loan to pay contractors after he spent the department’s $4 million emergency fund. He’s estimating that it will cost $17 million to $18 million to repair the entire road and bridge damage in his county.

He said he realizes people are frustrated but that they need to understand it’s a long process.