Each bright blue sign features an eye-catching image and promotes an attraction or scenic byway. McKillip says their vivid colors are a result of a high-contrast reproduction process called posterization.

The 37 new signs will replace the existing green aluminum signs that have dotted Interstate 80 since 1971, many of which are aging and worn.

McKillip says Nebraska tourism officials have wanted to replace the signs for years, but couldn’t afford it. The issue of signs came up repeatedly in developing the  Tourism Commission’s strategic plan over the past 2 years, and McKillip was able to put together an alliance of agencies to come up with the money.

She calls it “the perfect example of what state government agencies can do when they work together,” demonstrating “how important and progressive inter-agency partnerships” are for the state, and “the road map that Nebraska Tourism is following to promote a unified Nebraska identity to travelers.”

The Oglala Sioux Tribe is planning to mint its own money, but for sale to collectors and not for circulation. Up first will be a $1-dollar coin, and the tribe is holding a contest for the design. The winner will receive $100 and 50 of the new coins.

The OST Office of Economic Development is working with the Native American Mint on the contest for the Sioux Dollar, which will be 39 millimeters…the size of a traditional silver dollar. Designs should represent Sioux history, culture, values and hopes for the future.

The deadline to submit a design is March 15. Designs should be sent to the Oglala Sioux Tribe Office of Economic Development. 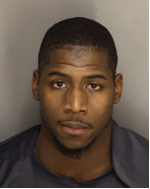 New England Patriots rookie and former Nebraska cornerback Alfonzo Dennard has been convicted of assaulting a police officer in Lincoln last April. He faces up to five years in prison when he is sentenced on a later date.

A Lancaster County jury deliberated over 2 days before finding Dennard guilty Wednesday of the felony charge and a misdemeanor count of resisting arrest. It found him not guilty of 3rd-degree assault against another man.

Dennard was arrested April 21...five days before the NFL draft…outside a bar in Lincoln, accused of punching a police officer in the face during a fight. The Patriots still took Dennard, the 2011 Big Ten defensive back of the year, in the 7th round of the draft

RAPID CITY, S.D. (AP) — A man accused in a fatal shooting in a Rapid City parking lot has pleaded not guilty to several charges.

Thirty-year-old Charles Birdshead is accused of shooting 33-year-old Eustacio Murrufo to death on Jan. 7 at the South Dakota Rose Inn.

KOTA-TV reports that Birdshead pleaded not guilty Tuesday to eight charges, including first-degree manslaughter, fourth-degree rape, commission of a felony with a firearm, possession of a controlled weapon and distributing methamphetamine to a minor.

The rape charge involves a child, which police say was uncovered during their investigation.

A bond hearing for Birdshead is scheduled for Monday. Birdshead faces a maximum sentence of life in prison plus 80 years if found guilty. 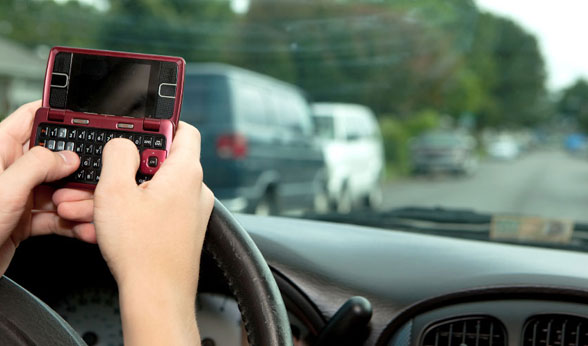 PIERRE, S.D. (AP) — The South Dakota Senate has passed a measure that would ban texting while driving.

Senators voted 24-9 to approve the bill and send it to the House, which has rejected similar bills in recent years.

Thirty-nine states and the District of Columbia already ban texting behind the wheel.

The bill would prohibit typing, sending or reading a text message while driving, but it would continue to allow drivers to make cellphone calls and use hands-free electronic devices.

The bill’s main sponsor, Sen. Mike Vehle of Mitchell, says a texting ban might be difficult to enforce, but a law would stop most people from texting while driving simply because it would be illegal.

The concept of a state beef check off in Nebraska will be the headline for a series of 9 meetings to be held this year across the state by the Nebraska Cattlemen. “The meetings will explain how the current national check off works and why Nebraska Cattlemen is proposing a state assessment, and to seek input on how additional dollars would be spent,” said State Beef Checkoff working group head, Dave Hamilton of Thedford.

The checkoff would assess producers to fund beef advertising and promotion, consumer information and other programs in Nebraska.  Hamilton said, “The proposal that was brought forth suggests a $1-per-head checkoff, which would mean $2 per head when the existing national checkoff is taken into account”. The checkoff would be mandatory, although producers could request a refund.

“Times are changing and in order to successfully reach today’s dynamic consumer, it will require an additional check off in the state”, said Hamilton.

“We want to gather input from cattlemen across the state, so we are encouraging all producers to attend a meeting,” said Michael Kelsey, Nebraska Cattlemen Executive Vice President. If a majority of cattlemen approve, Nebraska Cattlemen will then pursue legislation in the 2014 Nebraska legislature to establish a state checkoff.

For more information about the meeting schedule please contact the Nebraska Cattlemen office at402.475.2333.

LEAD, S.D. (AP) — A high school in western South Dakota has started working with law enforcement to better prepare officers in the event of a campus shooting.

Nebraska Governor Dave Heineman says he will consider a run for the U.S. Senate in the 2014 election now than incumbent Mike Johanns has announced he won’t seek re-election, but Heineman also says it’s too early to decide one way or the other.

Heineman told a Monday afternoon news conference about 6 that a U.S. Senate seat was “the farthest thing from my mind” until he received word earlier in the day that Johanns was stepping down.

Heineman is term-limited next year and said he wasn’t yet sure he wants to embark on another statewide campaign, and that he hadn’t yet discussed the possibility of one with his wife, Sally…adding that he could just easily see himself playing golf after he leaves office, or helping his son run his business.

The public has until Friday (Feb 22)  to comment on a proposal by federal wildlife officials working to save the endangered black-footed ferret by persuading more ranchers to reintroduce the species on their land.

The proposed safe harbor program of the U.S. Fish and Wildlife Service would assure landowners and tribes who voluntarily agree to have ferrets reintroduced to their land that they wouldn’t face future regulatory restrictions for protecting the species.

Under it, landowners and their neighbors could keep working on their properties without fear of penalties if a ferret is accidentally killed by farming equipment.

Cattlemen are divided the safe harbor proposal, though, because saving the black-footed ferret means also saving the it main diet: prairie dogs.

Nebraska Republican Senator Mike Johanns says he won’t seek re-election to 2nd term. The 62-year old former governor and Secretary of Agriculture made his announcement via an e-mail letter sent out through his campaign staff.

In it, Johanns says says he and his wife, Stephanie, have decided that after 32 years of elected service the time has come “to close this chapter of our lives” and to have a “quieter time with our focus on each other, our family and our faith.”

Governor Dave Heineman…who served as Lt Governor under Johanns before succeeding him… issued a statement calling his predecessor “a remarkably outstanding public official” whose career  spans decades of dedicated service at the local, state and national levels.

“As a mayor, a Governor, a Cabinet Secretary, and now as a U.S. Senator, Senator Johanns has always been a leader of our state and of our nation,” said Heineman.

An attorney, Johanns was a Democrat when he was a Lancaster County Commissioner from 1983 to 1987, but was a Republican when elected to the Lincoln City Council in 1988. He was elected mayor in 1991 and was unopposed for reelection in 1995…the last Republican elected as mayor.

Johanns was elected the 38th Governor of Nebraska in 1998, defeating Democrat Bill Hoppner with 54% and won reelection in 2002 by a landslide over Democrat Stormy Dean with 69%.

He resigned in January 2005 after being nominated by President George Bush to become Secretary of Agriculture, a post he held until stepping down in 2007 to run for the Senate seat being given up by Chuck Hagel. Johanns easily won the Republican primary in 2008 and went on to swamp Democrat Scott Kleeb in November

Governor Heineman, who is term-limited and can’t run again next year, is seen as a shoo-in to succeed Johanns…should he choose to run.

Despite strong urgings by GOP leaders, he did not run last year for the Senate seat of Ben Nelson…opening the door for Deb Fischer to emerge from a bruising primary and beat former Senator and Governor Bob Kerrey in November.

We would like to share with you a decision we have made about running for re-election to the United States Senate.  We have decided not to seek re-election.

Words are inadequate to fully express our appreciation for the friendship and support you have given to us over the past three decades.

With everything in life, there is a time and a season.  At the end of this term, we will have been in public service over 32 years.  Between the two of us, we have been on the ballot for primary and general elections 16 times and we have served in eight offices.  It is time to close this chapter of our lives.

During these many years, we have cherished our time together.  So as we think about the next stage of our lives, we want a quieter time with our focus on each other, our family and our faith.  We are also confident that there will be many more opportunities to serve our state and our nation.

We look forward to the remaining time in the Senate.  It is an honor to have served in so many ways over so many years.

May God continue to bless Nebraska and our great nation.