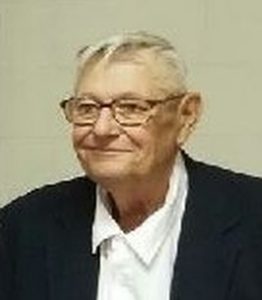 Alfred James Pieper, 73, of Minatare, formerly of Bayard, went to be with the Lord on Wednesday, June 12, 2019, at Regional West Medical Center in Scottsbluff after a battle with a serious illness. A Mass of Christian Burial will be held at 10:00 a.m., Monday, June 17, 2019, at St. Agnes Catholic Church in Scottsbluff with Father Jim Heitoff as celebrant. Interment will follow in the Bayard Cemetery with military honors provided by Nebraska Army National Guard. Friends may visit from 4:00 p.m. to 6:00 p.m., Sunday, June 16, 2019, at Bridgman Funeral Home in Scottsbluff with a rosary at 6:00 p.m. Memorials may be made in care of the family in lieu of flowers. Tributes of sympathy may be left at www.bridgmanfuneralhome.com.

Alfred was born July 19, 1945, at Scottsbluff to Alfons and Josephine (Brown) Pieper. He attended Bayard Schools and graduated in 1963. He enlisted in the United States Army in 1965 and served in the Vietnam War until 1968. He was honorably discharged in 1971. He married Victoria Brunz on November 8, 1969, to this union five children were born.

He worked for Great Western/Western Sugar for thirty plus years and State of Nebraska Department of Roads for thirteen years. He retired in 2008. Alfred also enjoyed farming and raising cattle with his father and later his sons. He retired from farming in 2014 due to poor health. He was a life time member of the DAV, VFW, and American Legion. He was also a member of St. Agnes Catholic Church.

He was preceded in death by his parents; brother, Daniel; and brothers-in-law, Albert Zink and Henry Schultz.